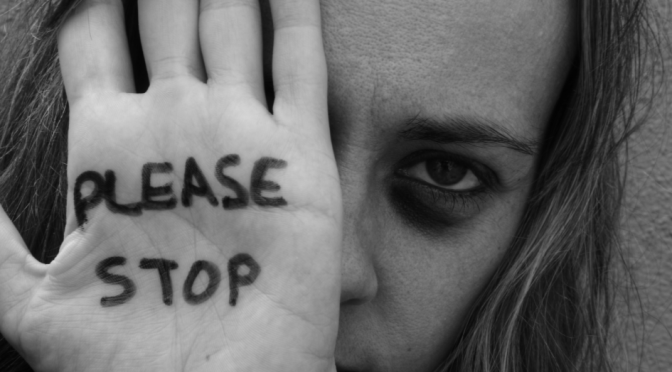 The following is a guest post by Shaney Lee.

Yesterday, R.L. Stollar released images of multiple documents that corroborate the story of Julie McMahon against her ex-husband, Emergent church leader Tony Jones. The documents corroborated, among other things, that Tony tried to gaslight Julie into believing she was mentally ill, that he physically injured her, and that the children’s version of the events backed up Julie’s side, not Tony’s. In a world where spiritual leaders all too often get away with their version of events simply because of their status as leaders, I’m glad to see an abusive leader getting called out clearly and with a sense of finality.

Since the documents have been released, many who have either sided with Tony or been “neutral” have since decided that they support Julie. And while I’m glad that Tony’s base of support is getting smaller and smaller, I’m also very frustrated. To put it bluntly: there should have never been a need to release the documents.

1. Our default should be to believe the victims

This is something that was emphasized in the Twitter teach-in #NotMyProgressiveSanctuary. To put it simply, the first thing anyone can do to support victims of abuse is to simply believe them. Not after seeing evidence. Not after doing your own “investigation.” Not until someone you trust does their investigation—but right from the moment you hear the accusations.

There is no such thing as “neutrality” when allegations of abuse happen. You get two choices: You can support the alleged abuser (whether actively or passively), or you can support the alleged victim. You may think you are being neutral, but really what you are doing is supporting the status quo, where the abuser has the power and the victim does not. A reaction of non-support tells the victim, “I do not believe you,” even if that’s not what you’re actually trying to say.

If you choose to always believe victims, you will be right over 90% of the time (number differ depending on type of abuse, but all hover around only 2-8% of allegations being false). False allegations are very rare. And if it turns out you did believe false allegations? You did the right thing by the many victims you know. Every response to abuse allegations sends a message to all the other victims watching you. One choice says you’re on the side of power and the status quo. The other says you’re willing to take a stand against evil.

The choice is not hard. Believing victims should always be the default.

2. Abusive patterns are easy to recognize

If you’re completely new to learning about abuse dynamics, the patterns will not be apparent at first, so I don’t mean to shame anyone who doesn’t yet recognize them. However, for anyone who has either experienced abuse or worked with victims, the patterns of an abuser/victim relationship are clear and easy to recognize. Gaslighting, deflecting, signs of trauma, imbalanced power dynamics, etc., continue to be present in case after case after case.

In this case, there were many abuse survivors and advocates who noticed the patterns long before the documents came out. They spoke up. They were not listened to. They should have been heard, especially by those who have little to no practical experience with abuse dynamics.

3. Most victims don’t have concrete evidence

There is this myth that a “true victim” should be able to prove their allegations. Julie McMahon was lucky in this particular case. Most victims will not have the same documentation of their abuse. In fact, most victims will have little to no documentation. This is often deliberate on the part of abusers. They isolate their victims from their friends and from professionals who could help, they control where their victims go and when, they read their e-mail and check their bank accounts.

Even if they could get help, many victims live in fear of their abusers and don’t seek out help in order to avoid making things worse for themselves.

If we only believe those victims that have evidence that proves their allegations, we will never believe the vast majority of victims.

As a side note: Even if their is evidence, most people will either misinterpret it or refuse to believe it anyway. A great example of this is people who use documented mental disorders to discredit victims, even though mental trauma is actually a sign of abuse (and even if the mental issues aren’t related to trauma, people with disabilities experience higher rates of abuse.)

4. Asking for evidence is about you, not about the victim

One of the things that frustrates me about the current state of our society is we focus more on bringing justice to abusers, rather than focusing on the well-being of abuse survivors. While those two things do not have to be in conflict, they often are. Asking to see documentation is one such area.

While the desire of the outsider to the situation may be to want to know the facts so they can hold an abuser accountable, asking for a victim to provide evidence can often be re-traumatizing. Victims may wish for privacy, and instead have all the details about their life laid out for the public to nitpick. When the patterns of an abusive relationship are already present, pushing for more evidence just goes to show that we give more benefit of the doubt to those in power, rather than being willing to stand up for the marginalized.

To learn more about abuse dynamics and how to be a safe person for the survivors your know, check out A Cry for Justice and Godly Response to Abuse in the Christian Environment. Both are conservative Christian organizations, but they do some of the best work I’ve seen in practically explaining abuse dynamics, and really nail the intersection of church and the needs of survivors. You can also send me an e-mail at lee.shaneyir@gmail.com or tweet @ShaneyIrene. I’m always willing to discuss these issues.