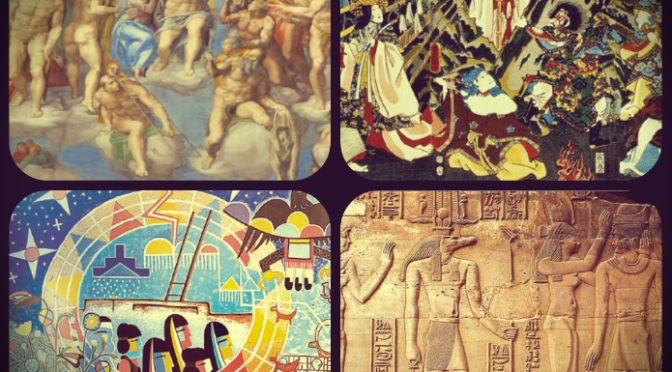 “Nothing short of a great Civil War of Values rages today throughout North America. Two sides with vastly differing and incompatible world-views are locked in a bitter conflict that permeates every level of society.”

~James Dobson and Gary Bauer, Children at Risk: The Battle for the Hearts and Minds of Our Kids, 1990 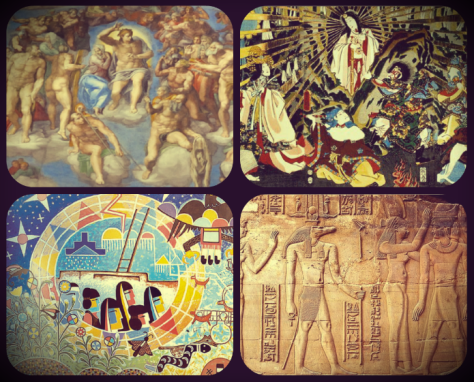 The following is an updated version of an essay I wrote in 2007.

Part One: If Satan Made Xanax, And Other Worldview Myths

When I enrolled in the Eastern Classics program at St. John’s College back in 2005, I encountered many and varied responses from fellow evangelical Christians. Some proved encouraging and others not so.

The most common response, though, was: “Are you a Buddhist?”

As the months passed and the time of graduation grew closer, the question changed, but only slightly:

“Have you become a Buddhist?”

At first the question provoked but a smile. As it grew more regular, however, and as I began to know more about Eastern philosophies and religions as well as what actually occurred in the minds of the questioners, it provoked a thought process. I realized that, to many Christians I knew, “Eastern” meant “Buddhist.” And “Buddhist” meant some tranquil species of rebellion against the American Jesus — like if Satan made Xanax for the mind. I vividly remember one individual who commented that, if I were to study Eastern religions, I better not become a Buddhist: Buddhists have no emotions whereas, you know, Jesus wept.

Such comments are likely the result of ignorance regarding world religions. A good number of the people who asked this question in 2005 did not shun inquiry. They merely lacked familiarity with Buddhism. They did not know (as I did not know prior to a year of study in the Eastern Classics) that Buddhism, like Christianity, has a dizzying number of denominations, each vying for doctrinal dominion. Consequently, when someone asks me now if I agree with Buddhism, I experience great difficulty answering the question: “Which denomination?” I have to ask. I have great fondness for the emotional freedom and experience-based practices of Diamond Way Buddhism, for example, whereas I dislike the asceticism of Theravada Buddhism. American Zen Buddhism is another story.

I have thus realized, after these conversations with friends and fellow students, that the American Christian mind (maybe even the American mind) has a paltry understanding of some of the longest-standing and deeply rooted ideas of the world. American evangelicals especially do not take time to appreciate, let alone understand, a good number of their strongest opponents in the sphere of religion. Those who have taken time (seemingly not much) only do so to construct flimsy card-houses with the purpose of a surprise attack.

You have groups like Summit Ministries and Worldview Weekend, training up the next generation with nothing more than an arsenal of generalizations, simplifications, and shameless reductionism.

No one seems interested in taking the ideas of other religions at face value and learning to see any sort of beauty or value in them.

To say that other religions can be beautiful or valuable is not an exercise in relativism. But granting this beauty or value will likely suffer the fate of being interpreted as such by many of today’s “worldview” champions. The old guard of American Christianity and Christian homeschooling — Dobson and Bauer, from this post’s opening quotation, and people like Summit’s David Noebel and John Stonestreet, or homeschooling’s Kevin Swanson and Ken Ham — is terrified of anything that sounds “postmodern.”

Postmodernism is like intellectual dub step to the old guard.

In today’s evangelical culture, a defense of religion as an aesthetic and social phenomenon seems indistinct from a defense of religious pluralism and intellectual apathy. But that’s because this culture is so afraid of “liberal” arts to the point that it cannot comprehend some basic philosophical and sociological concepts. The fact is, to understand religion as an aesthetic and social phenomenon grants humanity the freedom to explore a ground to aesthetics and society that condemns, rather than condones, an unwillingness to pursue truth.

But first: what does “religion” mean? And what would it mean, that one can perceive this noun’s content as “aesthetic” and “social”?

To the evangelical culture, religion is either Christian and thus true or pagan and thus untrue. This proves a stunted understanding, however, because religion is neither one nor many truth-claims which one can either affirm or reject. Religion is no doubt a phenomenon which entails truth-claims. But it also entails much more. Religion is a complex totality of human and other elements, only one element of which is the sort of truth-claim that one can package into propositions.

We need to start seeing religion — and any particular religion — not as a mass of disembodied doctrines but as what sociologist Peter Berger calls a “world conspiracy.” “World conspiracy,” in fact, seems the best definition for religion.

What does this mean?

In The Sacred Canopy, Berger explains that,

“The condition of the human organism in the world is…characterized by a built-in instability. Man does not have a given relationship to the world. He must ongoingly establish a relationship with it.”

The world abounds with the sort of innate precariousness that a Buddhist would term as impermanence — “All things pass,” sighs Kaoru, one of the main characters in Murasaki Shikibu’s Tale of Genji. This line is almost identical to Solomon’s sentiment in Ecclesiastes.

Human and other life forms, buildings and projects, ideas and romances—these all rise and fall, constantly, perpetually, each and every day. As a result of this precariousness, human beings go about selecting structures of meaning in which they can operate. Humans construct families, work places, technology, and institutions in which to control the elements of the world that bear chaos. Out of their constructions human beings hope for an order, a society. Peter Berger says,

“Society, as objective reality, provides a world for man to inhabit. This world encompasses the biography of the individual, which unfolds as a series of events within that world”

But humans need more than order: they need to feel meaningfulness within that order. They require that order to be “ordained” in some way. Thus,

“a meaningful order, or nomos, is imposed upon the discrete experiences and meanings of individuals.”

This nomos is religion:

“Religion is that human enterprise by which a sacred cosmos is established, wherein ‘cosmos’ implies not a galaxy but order.”

This final addition to the human world-building project grants the project and its everyday objects and endeavors a sense of purpose, an all-encompassing reason for pursuing the ends of the society. Berger terms this sense of purpose or reason a “sacred canopy” cast over world-building. It is a “world conspiracy” in the sense that humans work together to give their reality a meaning:

What Berger as a sociologist calls a “world conspiracy,” or “sacred canopy,” a theologian like N.T. Wright might term “worldview.” (1) Jamake Highwater, a historian and philosopher of sexuality, preferred the term “mythology” in his 1991 book Myth and Sexuality:

“All human beliefs and activities spring from an underlying mythology—those metaphors, informing imageries, and paradigms which deeply influence every aspect of our lives and which determine our attitudes about reality—about the world and about ourselves: good and evil, normalcy and abnormalcy, fact and fiction, justice and injustice, beauty and ugliness, power and powerlessness.”

Whether one prefers world conspiracy, sacred canopy, worldview, or mythology as a descriptive, the common factor among the ideas is that human being itself contains within it a hope and passion for carving out a home in a hostile existence.

This hope and passion — and all its nuances, quirks, failures, and successes — is the stuff of religion.