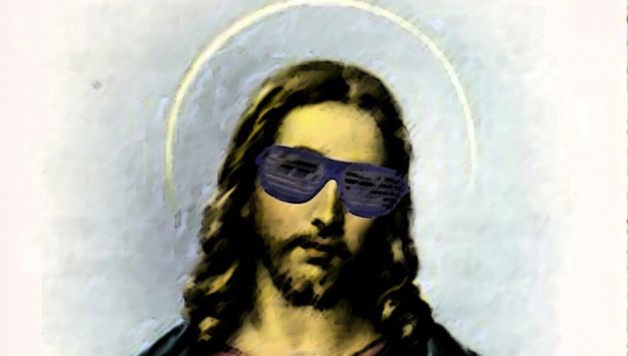 Yesterday my Facebook feed lit up with posts and comments about Ken Ham and Answers in Genesis’s latest “THANK GOD YOU’RE WRONG” billboard campaign. People wondered and imagined and debated whether this campaign would appeal to or alienate atheists.

I did not want to speculate on the matter. Why would I? I know atheists. They are not the spiritual equivalent of unicorns. They are human beings just like any other human beings. In fact, if you ever have questions about atheism or what atheists think about something, I would highly recommend you just go find an atheist and ask the person. Just like you would ask a Christian about Christianity if you had questions.

So instead of speculating about what atheists might think about the Ham/AiG billboard campaign, I asked some atheists. It was pretty painless, really. I just said, “Hey, what do you think about this? I’d like to hear your thoughts.”

While responding, one individual said this to me: “For a Christian you’re pretty rad.”

If you have to know: Right now, where I am at, I am focusing on being a human being. Nothing more, nothing less. I have had enough insipid Christian bullshit to last a lifetime. I cannot step foot in a church without experiencing a panic attack. If that makes me an apostate, bring it. If that makes me a real Christian, rock on. I do not care either way at the moment: I want to be me, I want to be healthy, and I want to treat everyone — Christian, atheist, and otherwise — with compassion, love, and respect.

All that other stuff? It can wait until I get healthcare and get a handle on my major depressive disorder and daily suicidal urges. And if Jesus wants to wait for me, wants to be patient with me along my journey, then he and I can talk someday. (Honestly, my heart still sends him drunk text messages now and again.) And if he is not the forgiving, patient sort, then I want nothing to do with him.

I prefer to think of that as simple goddamn courtesy.

Of course, I totally get it. I experience this same feeling almost every other day myself. I see it painted in the bright bold colors of Alienation and Polarization, splashed across the lurid, violent landscapes of our culture wars. I hear it in the wounded cries of Millennials — cries that I find myself echoing. I hear these words from my friend Sarah Jones and I find myself nodding along and trying to hold back tears:

It’s the inevitable consequence of waging culture war. The religious fundamentalists started it and too many people responded with fundamentalist atheism. When you prioritize movement politics over people, and ideology over intellectual nuance, you’re a fundamentalist, whether or not you believe in God. Nones inhabit the gray in a world of black and white. Consider us conscientious objectors–yes, we might have defected, but we didn’t necessarily defect to the other side.

I, too, am a conscientious objector. I, too, have defected.

We are orphans of the culture wars.

I cannot call myself a Christian because I hate what that word means today. I cannot call myself something other than Christian because, really, I am done with calling myself anything. I am done with the labels and the sides and the cliches and the bullshit. I want to cry foul to these culture wars and don sackcloth and ashes and focus on loving my neighbor as myself. And I will not love because the Bible tells me so, because He has the whole world in His hands, because God so loved the world. I will love not because Jesus, because Team America, because the Founding Fathers, because Psalty and Sparkies and Larry the Cucumber. I will love because — gee, that’s just the right fucking thing to do.

If simple common courtesy makes me a rad Christian, Christianity today has some serious problems.