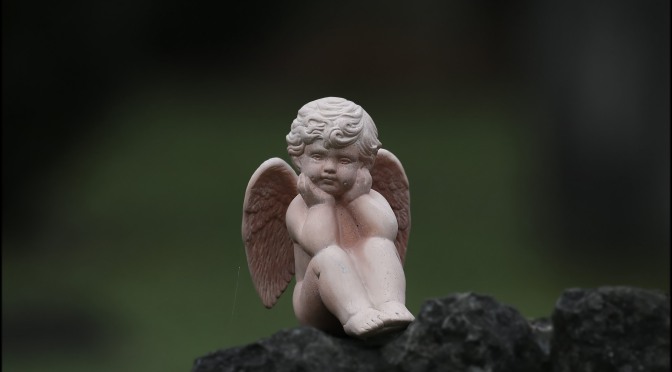 I was thinking today about how the church can better engage in child protection, and had a few thoughts:

Sure, you may have a child protection policy that you wrote a few years (decades?) ago, but what do you really know about abuse? Do you know the main grooming techniques? Would you be able to recognize them in your Sunday School program? Do you know the signs of domestic violence? Would you recognize them among your elders? Start educating yourself about abuse. Read Dr. Anne Salter’s book “Predators.” Start a child protection book club among the leaders in your faith community. Go through Boz Tchividjian and Shira M. Berkovits’ “The Child Safeguarding Policy for Churches and Ministries” together. Empower your congregants, children included. Promote Justin and Lindsey Holcomb’s children’s book “God Made All of Me” to the parents in your faith community.

The verdict is in: handling abuse in-house is a recipe for disaster for a church or faith organization. Not only that, but it fundamentally betrays the trust of survivors. Jen Zamzow recently wrote about this for Christianity Today, saying, “When people see churches trying to handle investigations of their own leaders internally, it leads many to doubt whether the church really desires to bring the truth to light. Even if you think you can be objective, if the public views your actions as trying to sweep things under the rug, this does real damage, not only to your church but to the entire Christian community.” Zamzow points to multiple examples of how handling abuse in-house went awry, including the Andy Savage clergy abuse tragedy, Bob Jones University, Sovereign Grace Ministries, the Association of Baptists for World Evangelism, and the Institute in Basic Life Principles. All of these are examples of why abuse should always be reported to the authorities.

When churches do address abuse, they often do it myopically: focused only on child sexual abuse. This is a good start, but it is insufficient. There are other types of abuse out there, such as child physical abuse and child neglect. If a child shows up to church with bruises on their body, or looking frail and hungry, and your child protection policy only addresses sexual abuse situations, what are you going to do? The church stands on the frontline of providing many services to people. It needs to be equipped to address abuse situations broader than just sexual abuse.

• Females are five times more likely to be abused than males.

• Female African American children face even higher risk, as 60% of black girls experience sexual assault by the age of 18.

Children in low socioeconomic status households are three times as likely to be victimized.

• Children with disabilities are 2.9 times more likely to be victims of sexual violence.

• LGBTQ children are more likely to be sexually assaulted than heterosexual and cisgender children.

The church cannot ignore the way that the sin of abuse intersects with other sins, like the sins of patriarchy, racism, ableism, etc. The way we think about child protection should reflect this intersectionality. We should be thinking about how church teachings may be harming certain groups of people and keeping them from coming forward about their abuse. We need to start rethinking what we teach and how we act if we want to protect all of God’s children.

Fifth, preach about abuse from the pulpit.

I don’t think it’s sufficient for a church to have a comprehensive, intersectional child protection policy—though that’s a great start. I think churches should also preach about abuse straight from the pulpit. We should hear sermons on domestic violence, child sexual assault, sibling abuse, and so forth—because the Bible itself contains stories about those subjects. Pastors shouldn’t shy away from those texts. They should face them bravely and speak truth to their churches about abuse in a way that brings healing to survivors and educates the next generation how to do better.

As you start addressing abuse from the pulpit, you’re going to find out just how many people in your congregation have experienced some form of violence or neglect in their lives. That often comes with mental health struggles. So you may feel overwhelmed and not know what to do. But the people in your faith communities will be looking to you for emotional support. For better or for worse, the church is on the frontline of mental health battles. People look to their faith leaders during times of crisis and need. So start educating yourself about mental health issues. Read “The Family Guide to Mental Health Care” by Lloyd I. Sederer so you can familiarize yourself with the mental health care system. This way you can be a responsible leader to your flock and not assume you know more than you do. And it will empower you to know who to refer people to when they come to you with trauma.