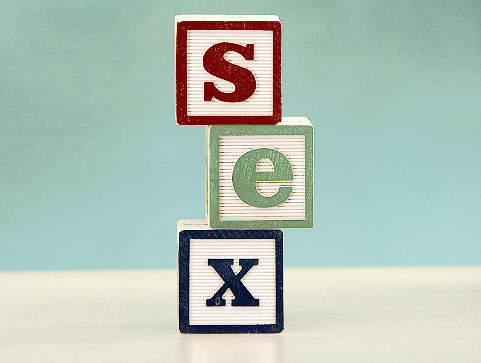 I originally wrote this piece for Secular Woman’s “Sex Ed Conversations” series. It was published on their website on October 20, 2013 and is reprinted here with permission.

I learned about sex because of a Boy Scout merit badge.

My older brother and I were on the way to a Boy Scouts meeting. My dad was nervous the whole time, seeming to stall until the last moment. I am not sure if this conversation would have ever happened naturally. But it did happen, if it only happened because it had to.

My brother and I were working to get our Family Life merit badge in Boy Scouts. Part of earning that badge was learning about sex. Someone had to give us “The Talk,” and — since our Boy Scout troop was a primarily Christian homeschool troop — that responsibility fell on our father. To learn about sex from anyone other than one’s parents was a cardinal sin in my Christian homeschool culture.

Most of the drive was awkward, because we knew we were about to get The Talk. I do not think The Talk necessarily has to be awkward, but it was for our dad. You could feel it in the air. As a result, The Talk really materialized on the 15-minute drive. Never, that is, until we pulled into the parking lot of the rundown Baptist church where our troop met. Then it was do or die time, and my dad gave us a quick summary of lovemarriagepenisvaginababy. Boom.

That was the extent of my Christian homeschool sex education growing up. It lasted less than five minutes.

When I hear people arguing for abstinence-only education these days I cringe. I want to shout at the top of my lungs, “You don’t really want that!” I know what that education looks like because that is the education I received. It was a sham to even call it “education.” It was rather an absence of education. The so-called “abstinence” was an abstinence of knowledge about biology and empowerment about consent.

It did not help me in even a single way.

It did not discourage me from eventually having premarital sex. All it did was make me utterly ignorant of the reality of sex. It did not keep me from so-called sexual immorality. It made me incapable of acknowledging and processing my own experience of sexual abuse as a child.

As I have grown older, and both shared my story as well as heard other stories of former homeschool kids, there are so many similarities between our experiences. Sex felt like something dirty and secretive and repressed up until one’s wedding day, and then magically it was supposed transform into something holy and beautiful and celebrated. Sex was something only men wanted, that was given by women in exchange for love. (I am aware now, too, that this harmful stereotype transcends Christianity and homeschooling.) Men were incapable of controlling their physical desires, always on the brink of the sexual sin of lust. So much so, that women had to carefully don the most modest of clothing to avoid causing men to “stumble.” Men were also only attracted to women and women to men, thereby precluding any conversation about the existence of LGBT* individuals.

And foremost of all: sex education, that insidious tool of the evil secularists and humanists, was a weapon of Satan. It was described in classic misogynistic terms: a “temptress,” a “whore of Babylon,” hired by the Prince of Darkness to lead public schoolers astray. Us homeschoolers, God bless us, we were spared that temptation, as our parents took it upon themselves to raise us righteously, without sex education and its spurious ways.

But dreams run red lights and crash into the curbs of reality awfully hard.

As I hear more and more from former homeschoolers, I hear the same things I myself experienced: that what we were “spared from,” what we were “blessed” to avoid, could have really helped us. No matter how hard our parents tried to keep us unstained from “the world,” the world happened. We grew up. We made mistakes, got drunk, did drugs, made out, had sex; some of us were sexually abused and raped — all the things that happen outside of Christian homeschooling, too. The only difference is we had zero tools to process those things.

It is because of my very experience as a Christian homeschool kid that I am an advocate for comprehensive sex education.

Depriving children of that knowledge, for whatever ridiculous religious reasons, is nothing less than educational abuse. It is not pleasing to God or god or anything that is allegedly holy. Ignorance is a unholy prison. Forced ignorance is one of the most soul-crushing experiences one can have.

Children need to be educated about their bodies because that is how children learn how to respect and love them and each other’s.

Children need to be educated about sexuality because sexuality is a fundamentally important part of being human.

Children need to be educated about consent because rape and sexual abuse happen in every community and every culture and you are living in a daydream if you think it will not happen in yours.

The more I learn about the universality of body-shaming, rape culture, and abuse, and the more I hear about how these things happen every day in Christian churches and conservative homeschooling communities, the more I see why sex ed is an absolute must. When we are afraid of sexuality, when we are afraid to talk bluntly and honestly and openly about our bodies and our emotions, we are giving power to those who want to take advantage of our ignorance and our silence. When we are blinded by our ideologies and unwilling to see every human being as worthy of respect and safety, we are giving power to those people advancing shame and bigotry. When we are afraid to name That Which Shall Not Be Named and speak about it plainly, we are only adding to the power of those in our communities — homeschooling, Christian, secular, and otherwise — who will abuse it.

I wish I knew about sex from something other than abuse. But my parents and my homeschooling community could not have changed that, no matter how much they wish they could.

Yet I also wish I knew how to talk about sex from something other than a Boy Scout merit badge. And that is something that my parents and my community could have done differently.

I have spent the last decade catching up on what I missed, on the lessons I never learned. It can be an awfully embarrassing process, but it is a necessary one.